Thank You for [10 Wonderful Years]

Thank You for [10 Wonderful Years] 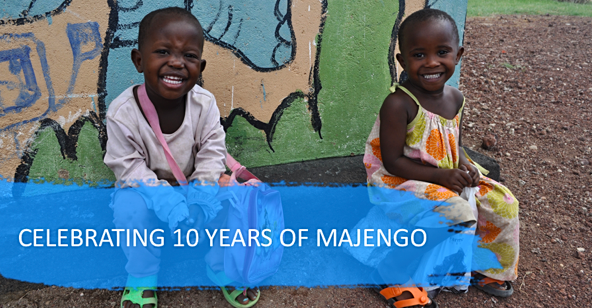 WORDS FROM THE FOUNDERS

This month, we are celebrating our 10th birthday at Majengo Children’s Home. We opened our doors in March 2008, and we have continued to grow ever since! To celebrate this milestone and thank you for all your support, we wanted some words from our founders, Lynn Connell and Matt McKissock.

A Message from Lynn Connell, Co-Founder:
Truth be known, I escaped to Africa to flee a broken heart.  It was 2006. Someone took me to hear Stephen Lewis, the UN ambassador who spoke of HIV / AIDS in Africa. I was electrified, compelled to go over to see for myself,  and more than happy to leave Canada. 3 months later, I found myself teaching painting in rural Tanzania, alongside a local NGO, assisting HIV / AIDS patients. My soul had found its home.

In 2008, I was taken to meet 52 abandoned children huddling together on the mud floor of a dark, leaking daycare, gathered by farmers in the Majengo community, miles away from the safari route. Their wives outside cooking the only meal those kids would have that day. Left destitute by HIV / AIDS, the children there were the most vulnerable in the community: without family, or support, some sleeping on people’s porches, begging for food to stay alive – with no home to call their own.

There was no question. We had to do something.

I am just a normal person, the same as you. What propelled me to try to help? I don’t know. Something set me on fire, like falling in love, or getting married, or having a child…with no idea of what that might look like down the road. All I knew is that we had to get those kids off that mud floor and give them a home.That was the goal.

I went back to Canada, badgered money from family and friends, and wired enough over to complete the build of our first Majengo home, which we opened one year later, on March 9, 2009. Majengo was a miracle. It was happening. We did it! A dream come true!

Looking back, what was I thinking? I had no business plan, no budget, no charitable status, no money and no idea of how many kids, the cost of food, staffing, medical and school. But for whatever reason, I wasn’t concerned. the goal was to build the house, the rest would take care of itself. “If we build it they will come!”

Enter Matt McKissock from Warren Pennsylvania, via an online rental business call. I couldn’t contain my excitement. I sent him pictures, and shared the dream with him. He insisted I come to Warren to present to his team. No, I was leaving in 2 days. This man does not easily take no as an answer; he persisted. “No.” I said.

“But if you are so into Africa, come see for yourself!!”

Two weeks later, sight unseen, Matt flew over with two college friends, met me, the kids and staff, assessed the situation, and told me to stop fundraising. He and his team promised to take over operating costs for the next two years! They have been our partners ever since. Yes, I was the one who ignited the spark, but without Matt, there would be no Majengo. Matt McKissock. He is truly the one who made it happen.

And to all our amazing Majengo friends: They say it takes a village to raise a child. For Majengo, it took a world of miracles and a tribe of very fine people from around that world to make that dream happen: to change the lives of all these kids, for giving them a chance, thank you.

And to Majengo, the gift that keeps on giving. 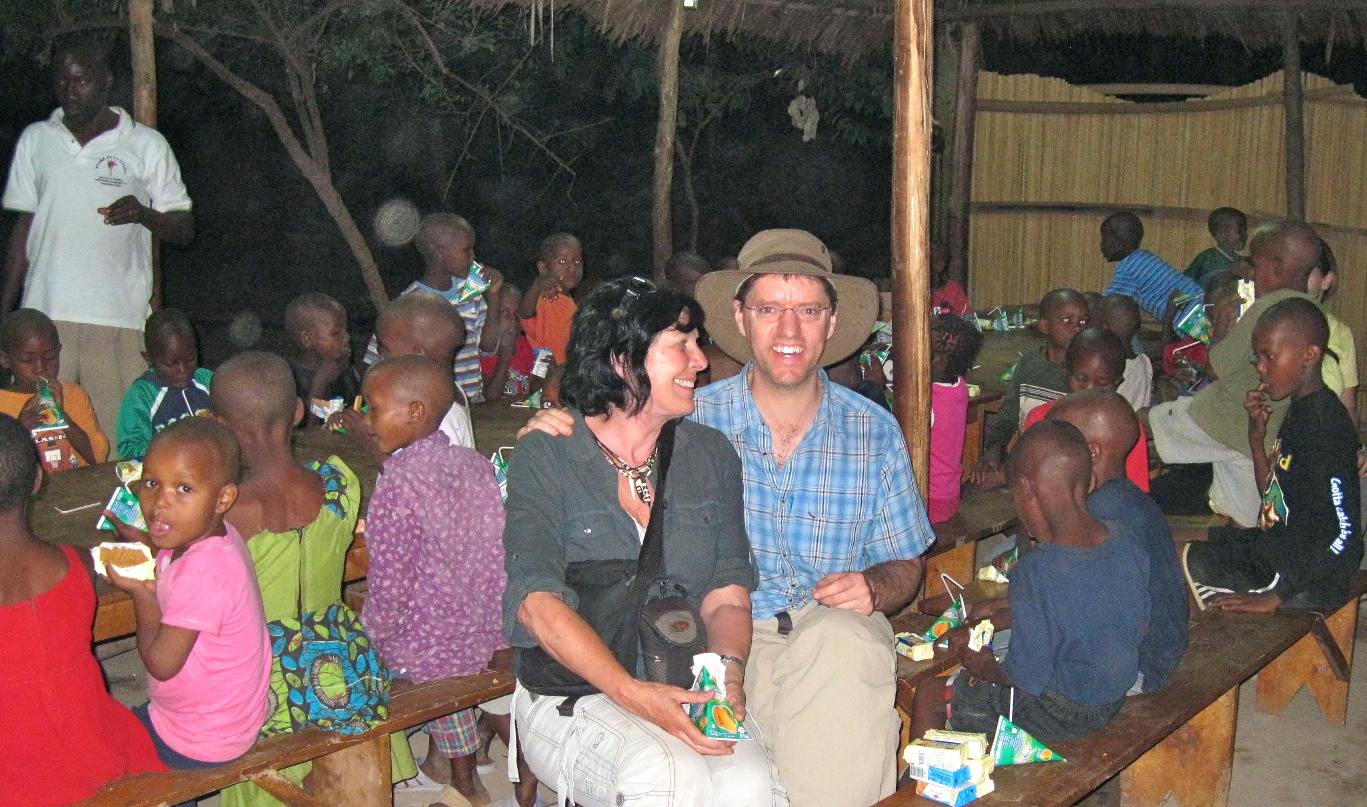 A Message from Matt McKissock, Co-Founder:It’s hard to believe that it’s been nine years since I first met my hero, Lynn Connell, over the phone in early 2009 while conducting a mundane commercial transaction between our families.  I was so captivated, haunted and obsessed by her story (and photographs) of orphaned children in a distant land, and her fierce, single-minded commitment to get them off the streets and give them a future at all costs, that I traveled sight unseen to meet her in Tanzania to see it for myself.  So began my personal journey in the sublime world of Majengo Children’s Home.

By the time I left Tanzania, I had committed myself, as Lynn and so many others on our team have done, to the idea that these amazing kids were my personal responsibility.  In the intervening years we have experienced tremendous growth.  We expanded our scope from simple post-rescue survival support for 32 children at the beginning, to providing all 91 of today’s kids with access to better education that prepares them to be full English-fluent participants in today’s rapidly emerging global economy.  We also built a team of first-rate volunteers and committed donors in North America and Europe to provide the necessary funding and organizational wherewithal to securely deliver on our ongoing commitments to our kids into the future.

Along the way there have been many tears, frequent disagreements, a few outright fights, much laughter, countless hugs and endless love.  And for all that we have given of ourselves to our Majengo kids, we have received tenfold back from them in ways we never could have foreseen when we embarked on this journey.  At our ten-year anniversary, as we continue to engage with the never-ending stresses, struggles and challenges of meeting our ongoing  financial, developmental and emotional commitments for the coming  years, I think it apt to reflect that in the past year our first Majengo kid has successfully matriculated from our care. Zamda, 20 years old, is living in Mto Wa Mbu where she makes a living teaching local pre-school children. One down; 91 to go!

THANK YOU FOR 10 WONDERFUL YEARS

We would not be where we are today without the generosity of our donors, friends and volunteers. You have made us the warm and loving home we are today, and for that we are grateful.

On behalf of everyone at Majengo Canada, Warren Majengo Foundation & The Majengo Children’s Home, thank you.

We couldn’t have done it without you. 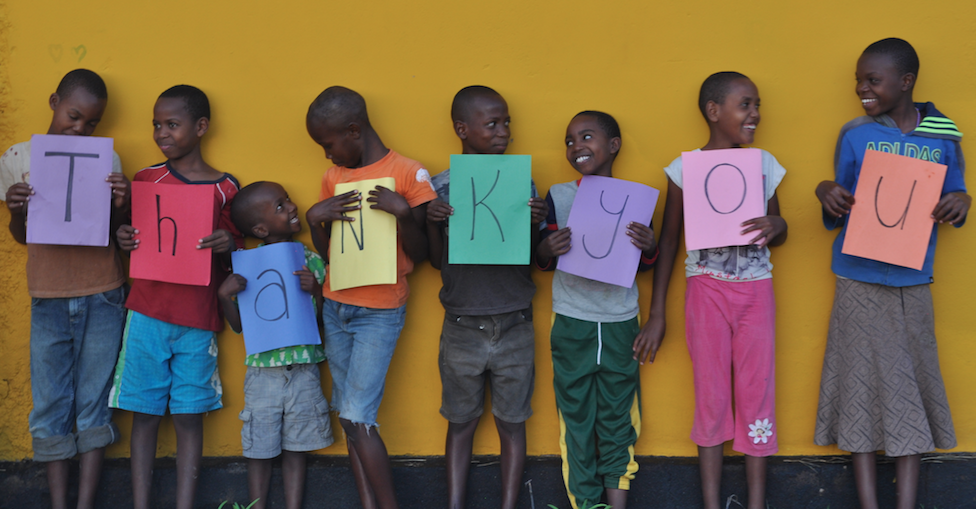 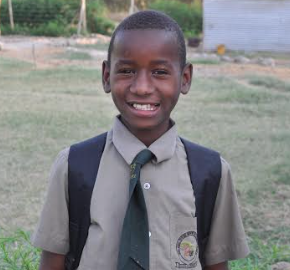 I love Majengo beacause it is so beautiful and wonderful. At night it looks so bright now. I am thankful for all our sponsors. They have brought so much to Majengo.
– Wilburt, 14
blog categories